After a four-issue Mickey the Moose Comic Book Adventure, a Goal-Setting Calendar, and a World-Hopping Puzzle Book, Mickey the Moose is ready to break new ground with the newly released, “Mickey’s Lotsa’ Laughs #1”! The 20-page full-color comic features several stand-alone stories which been proven (and fact-checked!) to be More Fun than a Clown on Laughing Gas! 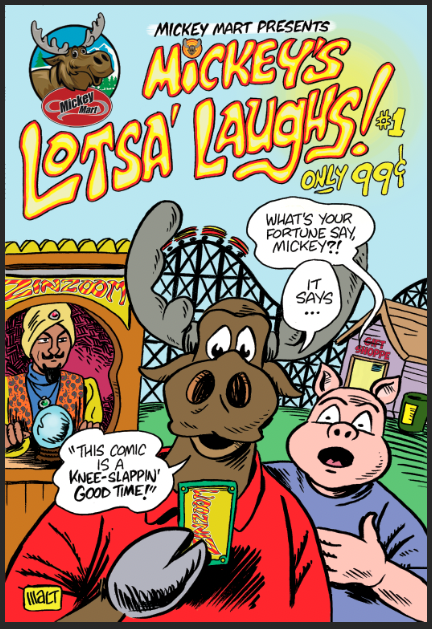 The NEW Mickey the Moose Comic Book is available exclusively at Mickey Mart locations through 2020. Copies will be available online in print (while supplies last) and digitally in January 2021.

Mickey Mart has been producing comics for sale in their north-central Ohio Fuel and Convenience stores since 2016. The series has been incredibly popular with Mickey Mart’s growing Legion of Moose-keteers and several of the comics are now completely sold out in stores!

Mickey’s Lotsa’ Laughs #1 is the first comic produced since Mickey Mart developed their Mickey’s Kids Club page on Facebook early in 2020. Publisher Dirk Drudgler worked with Mickey Mart to develop the Kid’s Club page as a place for Bored Kid’s of All Ages and as a fun distraction for kids isolated during the pandemic.

For several years Drudgler and artist Kelly Walt worked with young comic creators in community library programs as part of the “Mickey Mart Fuels Schools Initiative.” With all programs curtailed in 2020, the creators of Mickey the Moose comics have made a series of videos that open up the process of creating a comic book, specifically “Mickey’s Lotsa Laughs #1,” to anyone interested in learning what goes on. Check it out on Mickey’s Kids Club!

Mickey’s Kids Club is also the Official Home of the Mickey the Moose Fan Club which will be officially rolling out early in 2021. 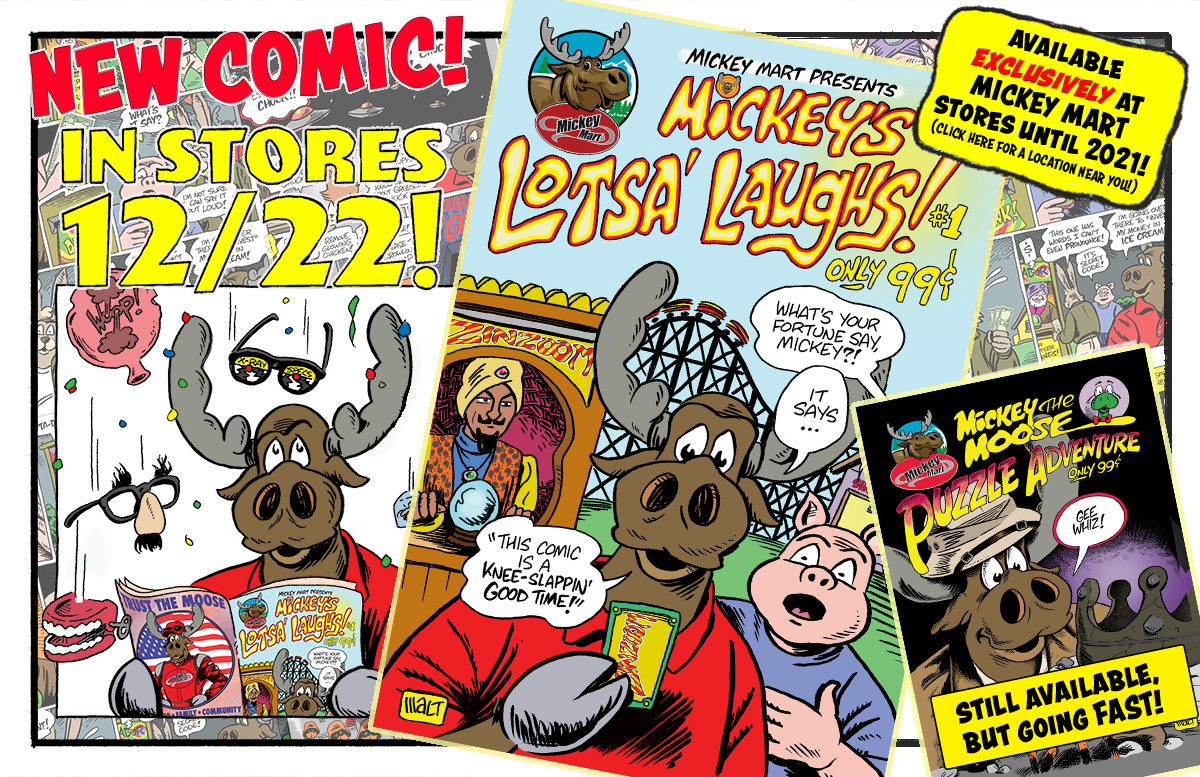